The Detective Division is responsible for the prevention of crime and the investigation ​of criminal cases within the Town of Yorktown, the detention and arrest of criminal offenders, the location of missing persons, the recovery of lost and stolen property, the proper coordination with other authorities and the proper conduct of fugitive requisition proceedings. 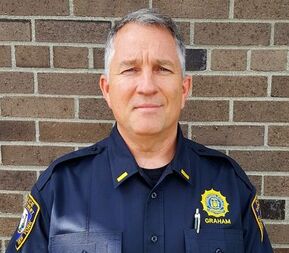 Lieutenant Graham was raised in Yorktown and joined the City of White Plains Police Department in 1990.  In 1992, he joined the Yorktown Police Department, where he was assigned to the Patrol Division.  While a member of the Yorktown PBA, he served two terms as PBA Vice President in 1994 and 2002 and two terms as President in 1995 and 1996.  Lieutenant Graham became a Pistol Armorer in 1997 and a Shotgun Armorer in 1998.  In 1999, he attended the FBI Firearms Instructor School and also became a Police General Topics Instructor.  In 1999, he became a department Field Training Officer.
In 2004, he was promoted to the rank of Sergeant and served in the Patrol Division while continuing his instructor and armorer duties. In 2007, he began obtaining federal reimbursement funding for ballistic body armor. In 2011, he was assigned as the Administrative Sergeant of the Detective Division where he supervised the day-to-day operations of the Detective/Juvenile Divisions, the department's Property and Evidence system and the Field Training Program.
In June of 2016, he was promoted to the rank of Lieutenant and was assigned as the Operations Commander, where he currently serves.  Lieutenant Graham's duties cover overall responsibility of the Detective and Juvenile Divisions, warrants, the department Property and Evidence system, departmental training, Internal Affairs, employee illness and Workers' Compensation.