History of the Department

​Before Yorktown had a police force, it had sheriffs, constables, truant officers, and "special officers". Like other small communities, it relied heavily on the State Police, as well as other larger communities like Peekskill, which had a police force, to help keep crime in check. In 1902, there was even a private organization established for communal protection called the "Yorktown and Somers Vigilant Protective Association of Yorktown Heights, NY" which declared in Article I "its object shall be the pursuit, arrest, and conviction of such person or persons as shall steal property from any of its members exceeding in value ten dollars ($10.00) or who shall commit arson on any member." The first officers were Dr. E. Schollderfer, C.G. Roake, George J. Purdy, and M.L. Peet. A reward of $100 was offered by the Association for the arrest and conviction of any thief, and another variable reward for return of stolen property (with the exception of dogs!).
The railroad, while responsible for economic growth in Yorktown after 1880, no doubt had something to do with the rise in crime in the area. The many lakes of the region turned Yorktown and neighboring communities into popular summer resorts for New York City folk, pushing up the population of this quiet farming town during the warmer months.
By 1924, Yorktown had churches, schools, parks, a library, hotels, dancehalls, country clubs, factories, electric lights, train station, trolley, military school, two volunteer fire departments, landscape architect, historian, and conservation commission, but it didn't have a police force.

The following article appeared in the local paper on January 14, 1927: "Another problem of importance has to do with the curbing or reckless motorists who during the tourist season constitute a serious menace to the community. In addition to jeopardizing life and property these visitors from foreign communities are guilty of depredations on private property that amount to thousands of dollars annually. The problem of patrolling the roads now rests exclusively with the State Police and we shall insist upon proper protection from that augmented body." In the minutes of the town board, September 16, 1924 it was moved that the "Supervisor was instructed to investigate the possibilities of securing a policeman for the Town of Yorktown." The supervisor was H. Field Horne. However, it wasn't until May 31, 1927 under the administration of James N. Strang that the Police Department was created. "In accordance with a petition of the Taxpayers of the Town of Yorktown ...containing more than twenty-five names as prescribed by law, petitioning the Town Board to take action toward creating a Police Department for the Town of Yorktown ...the following resolution was adopted...that the Town Board enter into an agreement to employ Ernest Myatt for a police officer for the above named district at a salary of $2000.00 per year..."

At the Town Board meeting of June 14th, it was announced that the approval came from the State Civil Service Department to transfer Officer Ernest Myatt of New Castle to the Town of Yorktown. The Supervisor was instructed to have a telephone installed in Officer Myatt's home, and to purchase uniforms, a motorcycle and equipment. At the same board meeting, signs were ordered to be placed around town notifying the public that it was a misdemeanor to destroy traffic-warning signs and that anyone apprehended will be prosecuted. Officer Myatt had his first assignment!
On May 8, 1928 the Board agreed to purchase a siren, and police regulations were finally drawn up on January 8, 1929. Until May of 1929, Officer Myatt used a motorcycle, but at the meeting of May 15th the Board agreed to purchase a new Ford touring car for his use! In the meantime, constables, truant officers and special officers continued to carry out their individual functions.
​
Previously, special officers were sworn in by the Town Board and appointed, by request, for three-month terms to guard specific private property without pay from the town. However, the swell of summer people finally forced the town to actually hire special officers for Sundays and holidays during the summer months, providing them with uniforms and paying all expenses. In spite of that action, people in the lake areas continued to complain about protection. Another petition was offered to the Town Board in August of 1929 asking for the hire of an additional full-time policeman.
Over the next several months, the following men submitted applications for the position of Police Officer to the Town Board: Earl Hawk, Arnold Hermann, Douglas Heady, Elmore Fay (a patrolman in Pleasantville), Henry Artus, Harold White, and Charles Kuchenmeister. A special meeting of the Town Board was called on February 10, 1930 to interview all the candidates and on February 15th Earl Hawk was appointed Town Peace Officer to commence duty on April 1st at a salary of $2000. He was instructed to "get measured for a new uniform, equipment, badge etc., and practice on motorcycle". 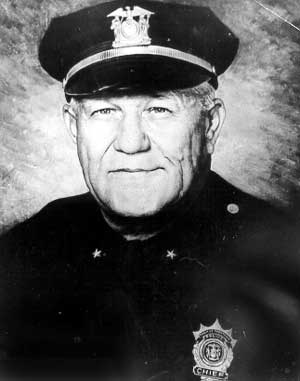 In the meantime, on December 12th, the Town Board appointed a committee to "look into the activity or inactivity of the Police Officer (Myatt), and hire counsel and stenographer and necessary hire". On December 21st the committee reported it "finds several cases where charges can be made against Officer Myatt, and...that the services of Officer Ernest Myatt be dispensed with December 31, 1929, and return his equipment to the Police Commissioner ..." Ernest Myatt handed his resignation to the Board on Dec. 30th, but then was rehired to serve until April 1, 1930 under a loose agreement that allowed the Board to release him at any time if necessary.

Back to one officer again, the Town Board continued to accept applications for a Police Officer while pressure mounted for more protection from the community. Schools were asking for a policeman to patrol at noon time, residents complained of commotion at dance clubs, like the Old Dutch Mill on Route 202, which required an officer after midnight, and holidays such as July 4th and Halloween required extra coverage, as well as "Pheasant Week". By June of 1930, Henry Artus was hired part-time and a new motorcycle was purchased that August. A new Ford touring car was purchased for Officer Hawk in October. 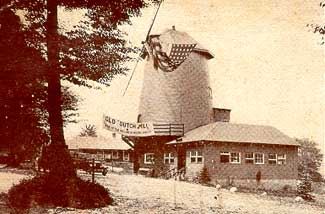 In May of 1931, Police Officers were required to have target practice and that "Police Officer (Hawk) be authorized to purchase a revolver, price not to exceed - $30". Officer Earl Hawk was appointed Acting Chief of Police that year.
Still, the complaints from the community poured in! A petition from residents of Mohegan Lake requested that Henry Artus be appointed full time and complained of nudity in the streets (nudity being defined as improper dress, like bathing suits), the Osceola Athletic Club asked for "police attendance at Shrub Oak school Saturday nights for the Winter season, at dances etc.", and peddlers in vehicles needed to be kept from interfering with traffic. The Town Board's answer was to allow Officer Hawk to hire more constables and special officers when needed.
The 1932 town budget was increased by $1000 to pay for an additional half-time officer, but it was not used, nor was it renewed in the budgets of 1933 and 1934. The town did, however, purchase a new police car in 1932, trading in their old 1930 Ford. It was a new "Chevrolet Standard Phaeton, fully equipped, equipment consisting of bumpers front and rear, spare tire and tube, tire lock, top boot, windshield wiper and radiator cap". Nothing was too good for Yorktown's Police Department!

Things changed in 1934 when the NYS Senate introduced a bill prohibiting police officers over age 35 from taking the mandatory Civil Service test. The Town Board adopted by resolution on March 13, 1934 essentially a protest to the bill, stating "...this bill in the opinion of this board, may be properly disregarded as 'ripper' legislation." However, on March 27th they conceded that "Whereas doubt has arisen as to the authority of the Town to employ Police Officers under Civil Service, Resolved that dispensing with services of the Police Officers temporarily pending a decision or ruling..."
This suspension of the Police Department continued until December of that year. Meanwhile, Earl Hawk continued to perform police duties for the Town without compensation, other than payment of bills he submitted to the board for his "...duties as watchman and messenger and other non-police duties..." (as it was OFFICIALLY being called).
Finally in December, the Department of Civil Service gave the certification of Earl Hawk as Police Officer candidate on the Civil Service list. Three names were submitted to the Town and it chose Earl Hawk, by resolution on December 24th, as patrolman for the Town of Yorktown at a salary of $1900. It also re-instated the Police Department, since Earl Hawk WAS the department prior to that time.
​
Nothing more was mentioned about Henry Artus. The department continued with Officer Hawk and part-time special officers and constables until 1941. That January Earl Hawk passed the Civil Service test for Chief of the Police Department, and in December the Board requested the eligible list from which to hire two more patrolmen. Earl W. Brown and George I. Anderson were hired on January 13, 1942. Both of these men had served as special officers of the Town for several years. A second police car was finally purchased in November of 1943!
In 1959, the Town sold the house it had used for a Police Station, and moved its growing force to the added space in Town Hall. Chief Earl Hawk remained in charge of the Yorktown Police Department until 1961, when he was replaced by Charles H. Valentine (who joined the force in 1946). At that time, they had 13 officers: the chief, Sgt. Sam Levy, George Anderson, Damian Gaultiere, N.J.C. Marschhauser, Allen See, Ronald Boerner, Arthur Anderson, George Calcagnini, Charles Ferrara, William Herzog, Frank Brescia, and William Wolf.

In 1973, George Calcagnini became Chief of Police the same year the department dedicated its new (and present) headquarters. Paul Ferrara replaced Calcagnini in 1980, who was replaced by James Morgan about 1985. Morgan was replaced in 1995 by Robert Arruda. In 2005, Chief Arruda was replaced by Chief Daniel McMahon, who led the department until his retirement in August, 2016. The department is currently led by Chief Robert Noble and currently employs 56 sworn officers.
​
Written by Linda L. Kiederer and reprinted with permission from the Yorktown Historical Society